Category Archives: Coping with Family Stress With A Mental Illness

CAN I DO THIS?

I started to notice small differences in my Dad after his car accident.

He was taking a lot of medication he should not have been taking. His Doctor never explained the medication to him. You give a strong opioid to someone who never used to take so much as an aspirin.

He struck a guardrail, his front tire became stuck up on the rail and he took out 350 feet of rail. His brand new truck was destroyed, both airbags deployed, the State and Town Police came to the scene. He refused to get in the ambulance or go to the hospital.

I handled the insurance company (not easy), the State and the Town. My Dad winced every time he moved the wrong way. We argued about him seeing his Doctor and he still refused. It took several weeks to settle everything and we discussed that he should get a used truck and not a new one. He agreed.

Next thing I know he’s bought a brand new Nissan Rogue. He had it 2 days when I noticed a big dent in the back.

I told my twin sister all of this because I knew something wasn’t right. My Dad is extremely frugal. He doesn’t like to owe money and after everything was paid he wasn’t getting much from the insurance company.

My Dad also began having problems talking. He kept running out of breath. I told him the day after the accident that he could possibly get fluid in his lung from the rib I could see sticking out. He still refused to see anyone. I called his dialysis place and let them know what was going on.

We were trying to get him help with his bladder that had been ongoing for years. He was at the point where he was screaming into a towel each time he urinated.

We finally got him in to see a Urologist. My Dad insisted on going alone. They inserted a catheter for a few days so he could go back and have tests done. He was in so much pain all he could do was sit there and grit his teeth. He thought the nurse cut him while inserting the catheter.

Three days later he goes to dialysis then 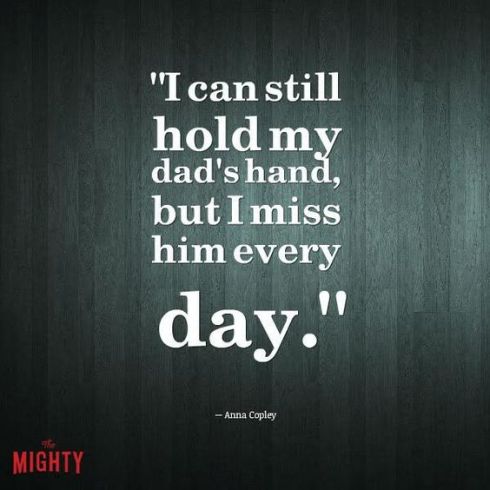 back to the Urologist for tests. When I got home he was in his chair unresponsive. I couldn’t wake him right away. When I did wake him he was confused.

He could only give me his first name, he didn’t know the day of the week, and he said the year was 2008 (this is the year my Mom passed away). I called my sister and even though he was mad I called 911.

I should also say during this entire time his weight was steadily going down which I complained to everyone about for months.

When the EMTs came they tried to ask him similar questions that he couldn’t answer. He had a fever and his vitals were all over the place. One of them said “Sepsis”.

He had been to 2 different places with plenty of doctors and nurses who had to have noticed that he was walking like he was drunk, was incoherent, confused, had a temperature, any of the above! He was driving like this!

He spent a month in the Hospital. He had a UTI, Pneumonia, a Pleural Effusion, Sepsis and weighed 127 pounds.

He spent 20 days in a Skilled Nursing Facility for Rehabilitation. He was too weak for any rehab. When my sister and I brought him home we had to half carry him in.

Most people don’t know that a UTI and Sepsis can cause a form of Dementia, there is also a type of Dementia that people on Dialysis are prone to.

I’m with my Dad 24 hours a day, 7 days a week. He didn’t want this for me but right now he’s scared. We talked about this. He didn’t want me to take care of and watch another parent die. We didn’t talk about any of this with my twin sister or anyone else.

My Dad didn’t do any paperwork. No Will, Durable Power of Attorney, nothing. He didn’t want to hurt anyone’s feelings or cause arguments so he kept putting it off. I kept telling him I didn’t want anything that he needed to just do it. Then my brother would do something stupid and my Dad would be back at square one.

My twin said she would be with me all the way and help as much as she could.

She did for the first two weeks. Now she comes twice a week and stays 2 hours. She does do our laundry because of course we can’t go in our basement right now (don’t ask). She also insists on cooking which is tricky with my Dad. He’s become picky in the last few years.

I don’t know how he went from a vibrant 75 year old who did everything to a stooped over frail old man in diapers. One who wakes up every hour on the hour to get ready for dialysis because he can no longer tell what time it is or what day it is.

I had to explain time to a man who fixed and collected antique clocks.

There are days I want to leave and never come back.

There are days I’m so afraid I can’t swallow because of the lump in my throat.

There are days I don’t want to do this anymore.

There are days I’m so tired I can’t sleep.

And there are days I’m angry, sad, and feel alone.

HE AIN’T HEAVY HE’S MY BROTHER

I saw my brother right before I left for Florida. He stopped by with my oldest nephew his son. His son is great. He’s getting ready to start college and it’s one of the best schools. My nephew is just like my brother. He’s 6’3″ and heavyset. He still has a baby face though. My brother was in an ok mood and looked good.

Fast forward to today. When I heard my dad talking to someone I came down the stairs to see who it was. When I saw my brother my heart went into my throat. He looked like he had lost at least 50 pounds. It had only been 4 weeks since I had seen him last. His skin was gray, his face drawn, and he had dark circles under his eyes. H was telling my dad that he was going for a CAT Scan tomorrow because he’s been sick. He’s been throwing up, nauseous, having headaches and diarrhea. He’s also having pain in his back and one side of his stomach protrudes out. I can tell he’s scared but he’s also stubborn and won’t let anyone see him vulnerable. He wouldn’t let me go with him to his appointment.

I’m scared. The change in him is so dramatic. He drinks a lot and has for as long as I can remember. He started smoking pot at the age of 11. Alcohol came later but not much later. He’s never stopped doing either for any length of time. Except now. That’s what really scares me. He’s too sick to drink. That’s how I know it’s bad.

My brother still has not seen my sister’s youngest son. She hasn’t talked to him or seen him in years. She refuses to. When she holds a grudge and is done with you she’s serious.

My sister, my twin, told me 2 days ago that if I didn’t put myself in the Hospital that she couldn’t have me in her life. That would mean I couldn’t see my nephews either. I refuse to admit myself to any Hospital for any reason other than a Medical Emergency. My sister has never had to stay in a Mental Health Facility. I have. I was forced to by a Judge on 2 occasions and went willingly on 2 occasions. Each time it was the same. I never saw a Doctor, I watched TV, I slept, I received Benadryl, a few had arts and crafts, and then I went home. Tell me how any of that helped? These were 4 different facilities. There was a fifth where I received ECT and the Hospital was a nightmare.

I don’t respond well to threats and ultimatums. I did call my sister to tell her about our brother. She just said “Oh ok”. That was it. I’ve decided that I’m done. I’ve talked everything out with my father, we are in a good place now. That’s all that counts right now. After that I’ll try to be there for my brother.

Leave a comment   |  tags: Addiction, Bipolar Disorder, Conversion Disorder, Coping, Family, Getting Along | posted in Coping with Family Stress With A Mental Illness